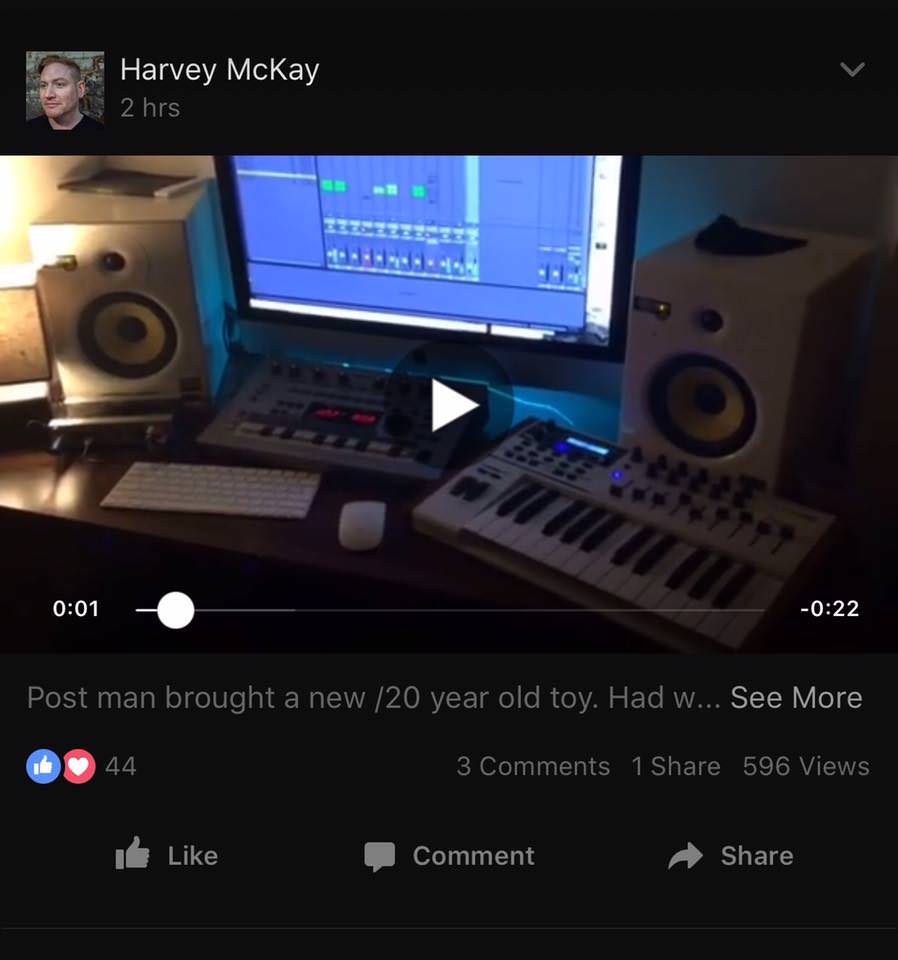 Here's another top star with a very simple set up, showing off a new, old toy. The Roland MC 303 groove box.  Those were very popular back in the day.  Late 90s, I'm talking about not vintage 80s.

Anyhow, as usual it's the producer not the gear.  However it's not to say you should be working w/ the dodgiest equipment.

When I see pics like this from top producers I stop worrying about acoustic treatment and other extras that just aren't needed.

FYI these Roland groove boxes were criticized because they were very heavy on using preset patterns and sounds. I don't think there was any sampling ability and it was hard to record your own stuff.  I was also very new to production when these came out, but they were really popular.

Same for the old Korg Electribes. I never owned one.  I should have been on an MPC back in the day. Big fan of the sampling workflow versus a keyboard workflow.