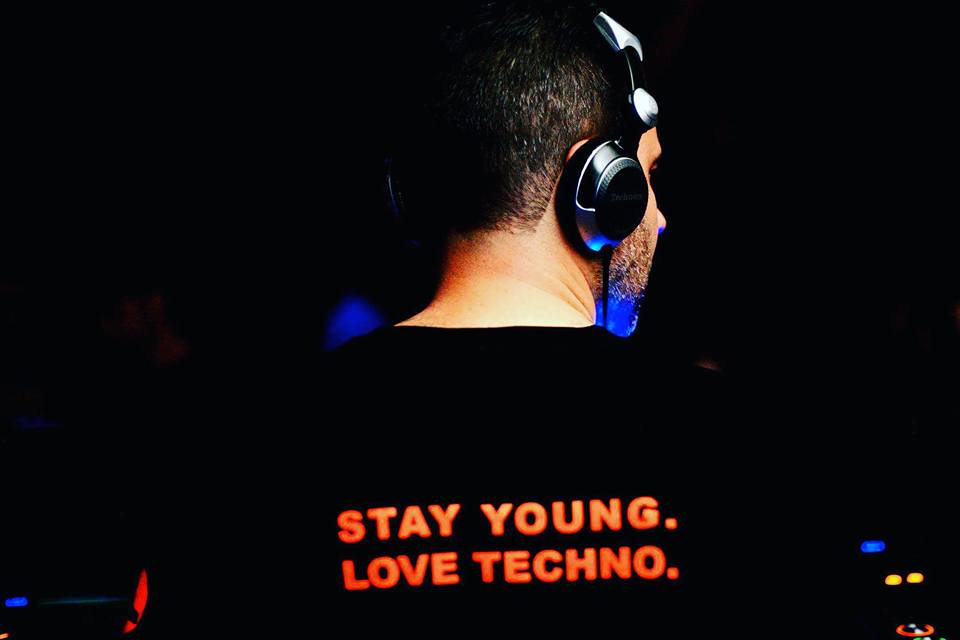 Big thanks to (DJ) Agent Orange for dropping by to discuss his influences, workflow, and his new "Overshadow" EP out May 22nd on Bitten.  Ara (aka Agent Orange) and I have been connected on Facebook for a little while now.  We're both Maschine users and he supported my track "Friction" that was released late last year, dropping it during an after hours set on New Year's Day.

Agent Orange has an impressive resume and long history behind the decks.  From his bio, "He has had over 40 releases and tracks land the Beatport Techno Top100 – two of which rose to #1 – for labels such as Tronic, Toolroom, Bitten, Nervous, Deeperfect, and Terminal M."

Since NYC is close to home and near and dear to my heart, feel free to explain how the scene influenced your work over the years

I was born in NYC and grew up here. In the 80’s it was a really exciting time for the new music genres of House, Rap and Latin Freestyle. They all really struck a chord with me as a kid as far back as I can remember, from around ’84-’88. I really fell in love with this music. Then in ’89 at 12 years old I started to collect records and practice as a DJ. I started to play parties all over Queens and then eventually Manhattan. Over the next few years I got to experience many clubs, crowds and venues in the city. Also as a clubber, I was lucky enough to catch the early 90’s era of clubbing and raving, which was probably the greatest dance music moment this city had to offer, only second to the previous Studio 54, Paradise Garage days of Disco. In New York we were exposed to a lot of great music so basically I would go play raves on Fridays, go to underground house clubs on Saturday and Body & Soul on Sundays. I did this for many years. All these influences and amazing DJs like Louie Vega, Todd Terry, Roger S, Joey Beltram, countless Rave DJs, Francois K and co., taught me a lot about both the music and DJing.

You have a massive catalog on Beatport, but the volume really ramped up in the past couple years, while moving away from house/tech house. What do you attribute that to?

Since I began to make my own music in the mid 90s, I was always making Tech-House, House and Techno. Things started picking up with my Tech-House productions around 2013 when I got signed to UMEK’s 1605 label. It really opened a lot of doors for me. I continued with that sound for a while until I got kinda bored with it, as a lot of stuff started to sound very similar because of lazy producers that were over using loop packs. I found darker sounds more interesting again and decided to mix a more groovy sound into darker Techno and that seemed to gain a lot of fans and labels that liked that sound.

What advice do you have for people who are not beginners, but don’t have any releases out but want to - aside from the handling the basic do’s and don’ts, what’s the best approach for newer producers - send demos?  Network?  Make connections?

All of the above! You have to do a bit of everything in the business. Def do what you are best at and enjoy, the most. There are some things that should take priority, like focus on things that are part of the global scene, releasing music, trying to meet bigger artists and labels, even if you don’t have music ready to shop around. The DJing part is fun but in reality if spending all of your time working on getting small gig it won’t give you so much exposure, so go for things that make a big impact and also get some gigs here and there to stay relevant in you local scene. Travel around as much as you can too. The main thing about this business/lifestyle is the way it can bring so many awesome people together.

What was your approach to this EP and what inspired it?

I’m feeling really dark grooves with some tribal/latin influences and some nice vocals here and there, at the moment. I just love the way those elements come together on a big sound system in a nice dark room. So I start with putting a good groove together and take it from there.

Joey Beltram on the remix? That’s huge, how’d that happen? Once I finished the track I sent it to Sandy Huner at Bitten records and he felt Joey would like it being that he charted my previous release on Bitten and since we came from the same scene in NYC absorbing the same influences.

Listen to the full EP Here

[…] Ara aka Agent Orange stopped by the blog last year.   His recent edit of the classic Armand Van Helden track Witch Doktor has been getting support from Carl Cox and Adam Beyer.  Catch it in this week's drum code radio - the 2nd song in.  […]