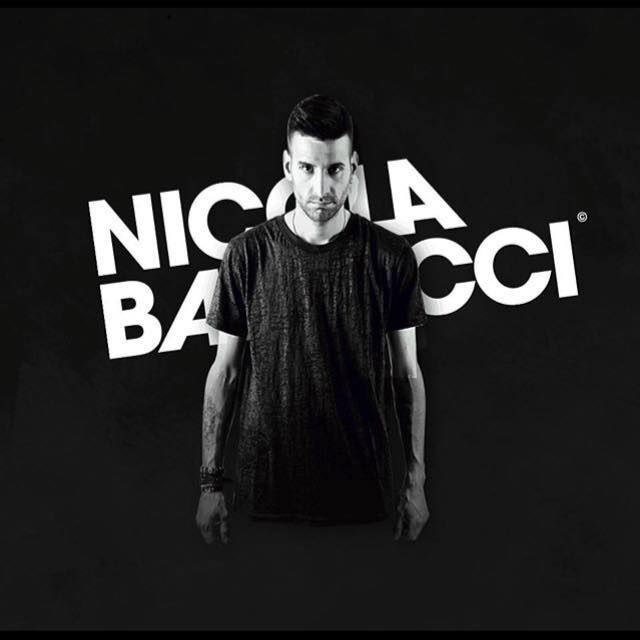 Nicola Baldacci is from Perugia, Italy and has quickly built up thousands of fans and followers with his skills behind the decks and the production desk.

From Nicola's biography, "2014 was undoubtedly a great year for Nicola Baldacci, and his talent was further recognized when he was supported by Umek with "That's Right". The ever-growing demand for Nicola Baldacci’s deck skills saw him play in many countries around the world, including Czech Republic, Mexico, Perù, and of course Italy.

As the audience suggested during the year, Nicola Baldacci was definitely the one to watch in 2014, as his huge singles and collaborations further raised his profile with support from Prock&Fitch, David Vendetta, Phunk Investigation, Cole Jonson, Jay C, Agent Orange, Vlada Asanin, Mike Vale, Ivan Pica, My Digital Enemy and many more.

The ever-growing popularity, is the mark of a DJ whose reputation as one of the rising stars of the scene is increasing all the time.

As a producer, Nicola has already built a reputation for creating outstanding releases, consistently topping the Beatport charts. But, the exciting thing is that there’s so much more to come!"

Nicola had a few words to share with us about his upcoming release on Nervous Records, his successes and tips for DJs and producers.  Keep in mind English is not Nicola's first language so props to him for putting himself out there.

Let's talk about your upcoming release on Nervous Records called "Corruption."  I'm loving what you've done, when can we hear it?

The track will be released in June 12/6/2017 Will come out first on beatport and traxsource, For the moment only the promo was sent, I have received many positive feedback from: Mike Vale,Todd Terry,Simon Doty,Federico Scavo,Groovebox,Rivaz And More….This is my third exit on nervous And I'm very happy.

Corruption has a more sinister, but still jacking sound which is different than what you've done in the past, what inspired this track?

Corruption is totally different from other tracks THE ONE / UP / I've been trying to make a more lively track for the summer, It is much faster and With a much straighter bass. I often use the same sounds but with the totally different base, My kind is always evolving!!!

Can you tell us about your decision to release this on Nervous?

I found a family in Nervous, I'm growing up with them and I like how they work. For the moment is my reference label, And I'm really happy to print my music on a label that made music history NYC.

Surely I have other songs already ready to send to Nervous and my second family Adunanza Records. It will be a summer full of exits.

Let's back up to 2014, you describe this as you break out year, what happened exactly?

I can say that in 2014 I started as Dj Produce Remixer, My track BRAIN was remixed by Federico Scavo, Was played 6 times by Mark knight on Toolroom Knight Party, Space Ibiza,Eden Ibiza,Marque Las Vegas and The Artist Club in Moscow. Was one of the most important goals for me, I created my radio show MagneticMix Radio Show on air: Fg Mexico,Fg Usa,Insomnia Fm,Fg Radio, I made my first remix for Davide Svezza & Sando Bani And so many other things you will find in my profile  www.soundcloud.com/nicolabaldacci.

My project started in 2012, I first made the dj resident in my zone Perugia Etoile54 Club / La Villa Discoteca / La Vispa Teresa / Baia Imperiale / Pascià Club, Then I started with the first productions on Natura Viva Rec. Area94Rec Label By Federico Scavo and Zero Urban Records Label By Vlada Asanin, And the first dates arrived abroad.My first tour was in Czech Republic and then Cancun Mexico, Then it was a climbing one after the other until it came to today.

Tell us about your set up, what software and hardware are you using?

In my live I have always played with three cdj pioneer 2000 And djm mixer, I never played with PCs even though I was considering the thing as the technology evolves. Would be a totally different live, we will see what will happen in the future, For the moment I remain faithful to the real live set with cdj and usb.

Can you share some tips for readers on getting tracks signed?

Always search for a sample of a sound, a voice, a piano tour, whatever it is of a song 80's 90’s, With a nice rhythm and a nice base, A good track will come out And mastering is the finish without that it will be hard to sign out on big labels Nervous Toolroom 1605 and more…

Also congrats on the big support you've gotten to date, do you rely on labels to send promos to the bigger DJs or do you have your own promo list?

To date I have a great support by Umek,Federico Scavo,Mark Knight,Groovebox.Gregor Salto and more… Work with my promotion agency Hyperactive UK Mark Bowden is my personal agent promo He takes care of sending my tracks to international DJs and radio stations, Then I also have my personal contacts that are not lacking. Is a 360 degree work.

Thanks for the support look out for my single on Nervous Records June 12, 2017.