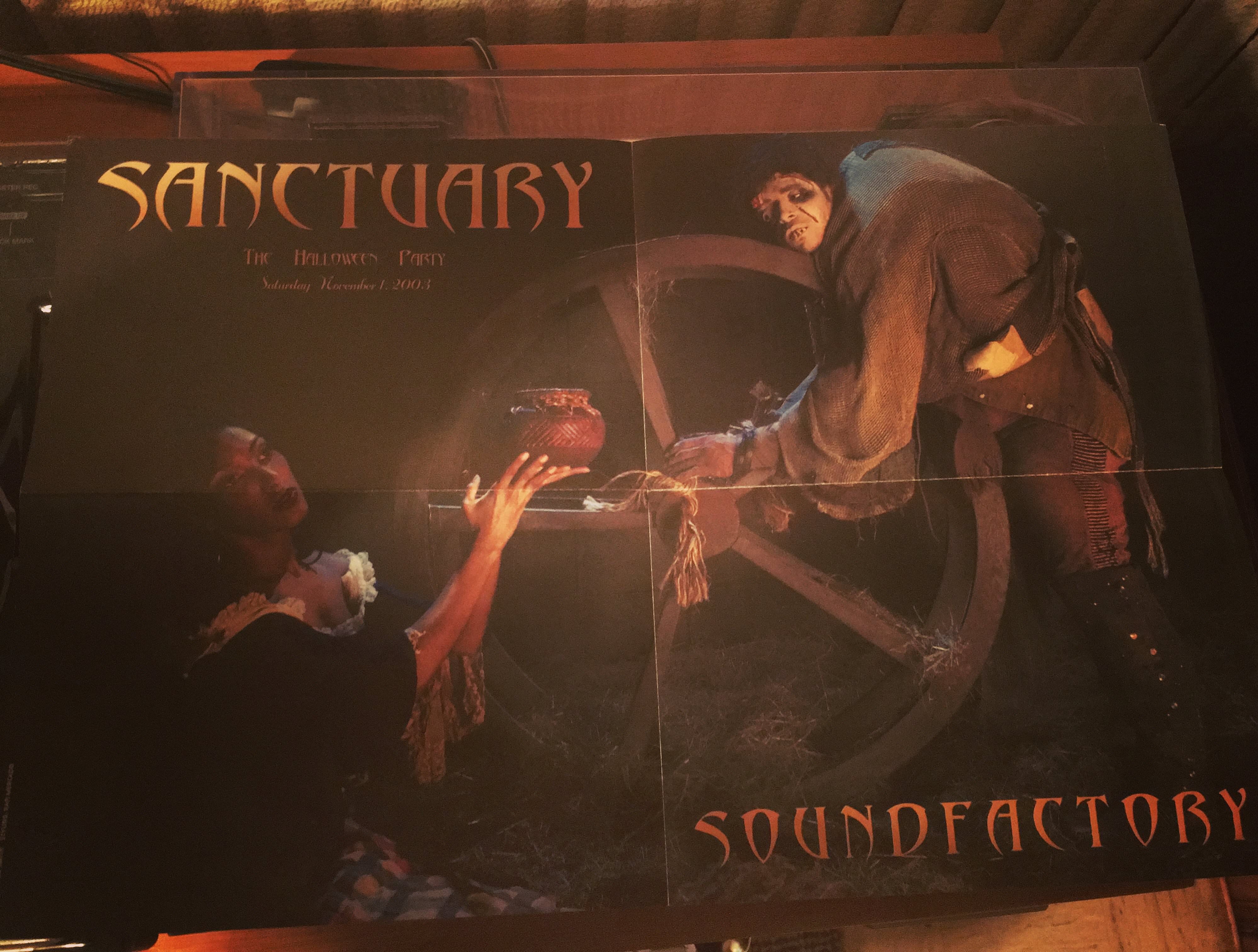 Ahh the good old days - said every veteran clubber who says "It's just not the same."

Times change for the better and worse. There's a lot of new stuff I missed out on, there a lot of great old stuff that won't ever be experienced again.

That is the Manhattan Megaclubs.

While I didn't catch Limelight, Tunnel, Palladium, while they were in their prime, clubs don't last forever and people my age had Vinyl, Sound Factory, and Crobar.  For generations of nightlife revelers since Studio 54 & The Paradise Garage, there was always a "big" club to go to.

Sadly big NYC clubs have gone the way of the dinosaur - this article explains more.

In the meantime here's some professionally shot club footage from the "Sanctuary" party back in 2003.

Have a wicked good, safe Halloween. Get inspired for your next studio session.

PS. Play the video - you see all the people on line during the day. That's how it used to go down. Halloween was one of about a dozen or so marathon "theme" parties that would go from 10pm Saturday well into Sunday evening.

It will get you no where.

It will bring you debt and wasted months and years.

What does this have to do with production?

Wanna produce? sign up for this "certificate" program that costs thousands.  Because certificates sound proper and official but in reality it's 2 cent paper.

Production is like skateboarding.  Skateboards don't cost that much.  But what the skater does with it is what makes all the difference.  You don't need a silly certificate to skateboard.

The costs of production are a lot lower these days in-terms of gear and software.

But there's an abundance of content (tutorials, blogs, samples)

So while costs to produce are lower, the overload factor is HIGHER.

Or maybe you shell out big bucks for instruction.

Playing by the rules is very taxing on resources (time/money)

If you wanna get fit and play by the rules you "load up" on low cost/free calories like carbs.

You also do easy low risk stuff like "jogging/walking" or shell out big bucks for fancy over priced personal training - where most trainer are better at sales than delivering good programs.

This shit doesn't work, it's a hamster wheel.

Barbell lifting compared to jogging takes the same amount of time, doesn't cost much more, but the risk factor is far greater than mindless treadmill walking.

The stress is greater, but where there is risk there's also reward.

Where there is stress, there's opportunity for growth.

The same applies to production.

A lot of people "think they are producing" but there's really just doing mindelss treadmill walking.

Learning tips and tricks here and there, but very little music finished.  Lots of generic, formulaic tactics.  Little to no emphasis on foundational strategy.

The end user doesn't benefit from the "wanna-producer hamster wheel"

You know who benefits from this?

Tutorial makers who make money from YouTube ad revenue, who like having eyeballs on their sites so they get fancy gear they can be the first to review.

Makers of software who wanna sell you yet another plugin.

If you play by the rules, you end up being more of a docile consumer of content

and not a producer of music.

Ready to flick the finger to all this noise and walk away?

Because I'm never one to just "follow the rules" I like to play the game to win.

This never helped me in school and on the job.

Cuz school teaches you to follow the rules and most jobs hire people who can follow rules.

But breaking away from the rules and challenging conventional wisdom never failed me with making music.  Same for fitness, which is why I made the analogy above.

If you've been a sucker playing by the rules, it's OK. I been there and done that too.

But if you're ready to move on and be a Rebel stay tuned.

Secrets of the Rebel Producer is coming soon. 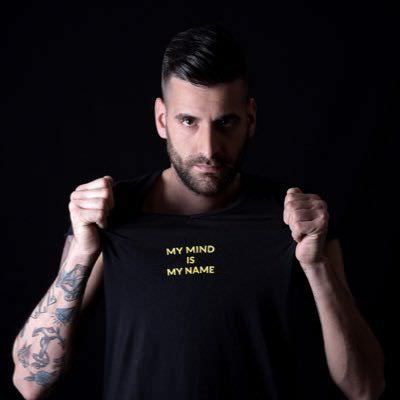 Nicola Baldacci On The Move

Nicola Baldacci returns to the blog with some news!  While there's a bit of a language barrier, I love Nicola's passion for the music.  Thanks for stopping by again, congrats on your latest news and best wishes.

How was your Summer?

now I'm waiting to return to my second home ME CANCUN where I expect two beach party I love Mexico there is nothing to do.

and my calendar is always open for the winter season.

What are your thoughts on the present and future of electronic music?

The future of electronic music is moving fast; There are many producers and lots of excellent music.

It’s hard to stand out from so many real people.

now I'm also closing with a French  agent Lyone,I'm really happy about this..

How is the music coming?

Me and my bro Francesco lately we have focused on techno music, we're working on tracks both techouse and techno

AND MORE....so it means things work fine I also have to thank my promotion agency POOL PROXY (GR)

Are you now part of a production Duo - Baldacci/Romano? What made you stop flying solo?

My project is always active,I'm also working singly in my projects Gigs and Track.

the union with Francesco Romano serves to be more complete as far as the tracks are concerned.

we are inside the family NERVOUS REC / ADUNANZA REC / and we decided to join in to aim higher.
so we can create everything
What do you have planned for the rest of the year?
We have several track is outpot an ep on Be Color Music 2 track Techouse and an ep on Ride Music
containing 3 tracks and remix pack by joshua puerta artist by Music On.

One ep and one single track on Nervous Records a track has been supported by Neverdogs @ music on party.

and our calender is always open.

Do you have any upcoming collaborations, or is there anyone with whom you would like to work in the future?

I have several open collaborations, but I will not say anything until they are finished (LOL).

Sending demos without knowing anyone really does work.  I sent about 23 emails out, all personally addressed to the labels (no mass mail) and I got about 4-5 responses.  Most told me the sounds were not a fit but one said yes which was Jannowitz Records run by the dj duo Boho.  I wasn't going to say anything but since Lars the Label boss posted this teaser video, I'll let the cat out of the bag.

Also in my course, I reveal how I made the starting ideas.  This was a tune I started about a year ago and recently finished it up.  Total production time is about 8-10 hours.