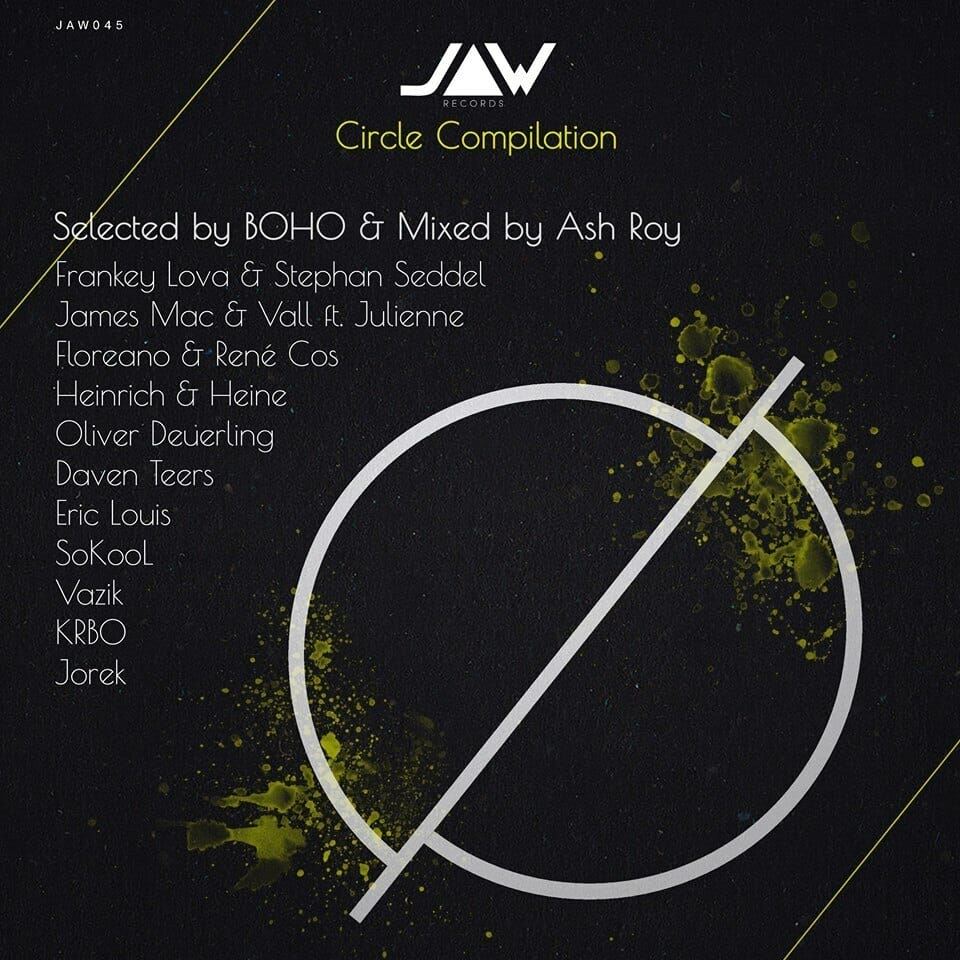 The Making of Doorway to the Sun

Thanks for visiting this is an overview of my latest tune "Dooryway to the Sun" out now on Jannowitz Records.

Some readers of the site asked how I got this done while holding down a lot of other responsibilities.  Another common question was mixing and sound - how do I get that clarity and punch (hint - a lot of that is in mastering - HIRE A PRO)

I started this tune back in the Fall of 2016.  It was just released this week so don't get tripped up thinking your material will sound dated by the time it sees the light of the day.  The only reason it would sound dated is if you're leaning too heavy on popular sounds of the day.  So shy away from fads.

This tune was completed in September 2017 when I emailed about 20 labels to get this track and a couple others signed.

More on that here

Lars of Jannowitz Records gave it a thumbs up and said it would be released on a compilation.

Here's how I got it done.

Started with kick from a sample pack followed by a bass preset that's a go to favorite of my from Native Intruments Prism.

From there I layered in some percussion.  This was all done in Native Instruments Maschine as I prefer sampler based production. I'm not a keyboard player.

I like to take percussion sounds and pitch them down a lot and then use a hi pass filter to remove low end.

I then stumbled upon a nice synth preset used for those ominous sounding chord stabs.

The chords repeat enough but don't over do it.

Then I found a percussive synth sound that added a bit of melody.

At this point I had about 73 bars of music done in Maschine.  Now Maschine isn't like Ableton, Logic or any other kind of DAW.  Maschine forces users to use scenes and patters.  In short, it's hard to take say an 8 bar kick drum loop and draw it out for say 209 bars.  You can do that in Maschine by duplicating scenes that are 8 bars in length that contain the 1 8 bar pattern but if you change that pattern it will change it EVERYWHERE that pattern is used in the track.

To me that's the limitation of Maschine. It's great for short loops and ideas but for tracks that breath and evolve where you would want to automate parameters for 16+ bars of music it's not so hot.

Off to Ableton we go.

In Ableton I opened my track notes from Layton Giordani's "Dragon Fly."  My track has some similarities so I thought I could leverage what Layton has done in terms of structure.  "Dragon Fly" moves along in 16 bar sections and there's a clear beginning, middle, and end.

So I began to lay out my tracks within this framework.

It's not yet perfect (is it ever?) but it is sounding good enough so that I can move on to the arrangement stage.

While I'm getting my ideas down I often use a hi pass filter to unclutter the low end.  I'll also add a dash of tape saturation and perhaps a little compression to keep volume levels in check on certain sounds.

Since I exported audio from Maschine into Ableton - elements like the kick and bass were exported with a dash of tape saturation.  UAD's Studer is my go to on that.  I like simple but elegant solutions. I did spend decent coin on a Quad DSP card to run the plugins and later upgraded my audio interface to the solo core Apollo.  In total I've spent like $500 on UAD plugins and it's been ALOT less in recent years. I really don't give a fuck about plugins. I'm done looking at sales...it's such a distraction.  You'll see in the video that I barely know how to use the UAD Fairchild.

So when I get to the arrangement stage I'm not going to get distracted by tweaking anything with the mix. That will come later.

Once I had the basic structure down and I knew where my break downs would be and where I'd increase/decrease energy levels it was time to find some melodic parts.

I got that done and after this it was time to just add subtle effects and ear candy - then give it a final mix.

Check the video for more.

If you want more detail on what this tune looks like in the early stage where I walk through each individual track then check out my course.  There's about 20 minutes spent on this.

My general work flow is -

Get my ideas done in a sampler - long time user of Maschine but more recently the Pioneer Toraiz.

Make them sound nice - this means using a hi pass to roll off low end i don't need on tracks other than the kick and bass.

Then tweak the arrangement and enhance the mix.

Send off for mastering.

Personally I think good music is born out of struggle and experience so fill up and live your life so that you don't have free time to fuddle around tweaking stuff.

Parkinson's Law - Work will expand to fill time allotted to it.  So if you have lots of available free time, production will take long.

In the beginning this is kind of OK.  There's a fun learning curve and time needed to sort out the basics.

If you're at the point where you can make an 8 bar loop that sounds dope, you need to discipline yourself to finish.

I don't like will power, but use some will power to complete a track.

You need to go through the whole process so you get a feel for each stage.

Again it's like cooking.  A track in it's basic form is like eating dinner.  Appetizer, entree, desert. Beginning, middle, and concluding section.

If you're a chef, you have to make an entire meal.  Beginning producers get stuck making new ideas but never a while meal.

This would be like a chef who keeps making new appetizers and instead of developing a meal based on the first appetizer she stops, get's frustrated and learns to make a new appetizer.

Anyhow, my course exists to help those of you struggling to turn your short ideas into complete polished songs.  If that's you check it out. 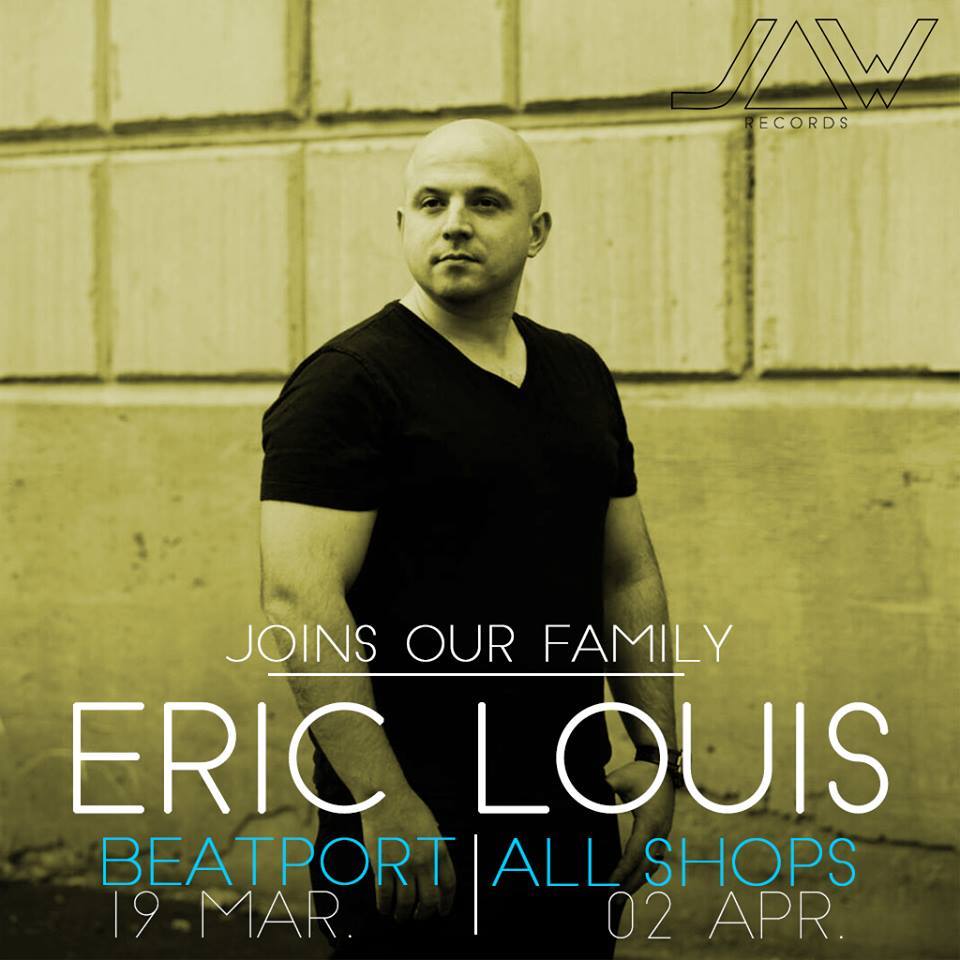 6am Premiers "Doorway to the Sun" by Eric Louis

Thanks so much to the 6am fam for the extra coverage of one of my 2 new singles.

The tune was inspired from staying at the club when you can start to see daylight creeping in from under the doors.  In my early days going out it would often feel a little devastating walking out into sunlight after a nice night out because that was the nail in the coffin.

"Sun is out time to go home kid, show's over"

That's the doorway to the sun, but I'm just not ready to go.

This is the kinda tune and vibe that would keep me from going home for another hour or so.