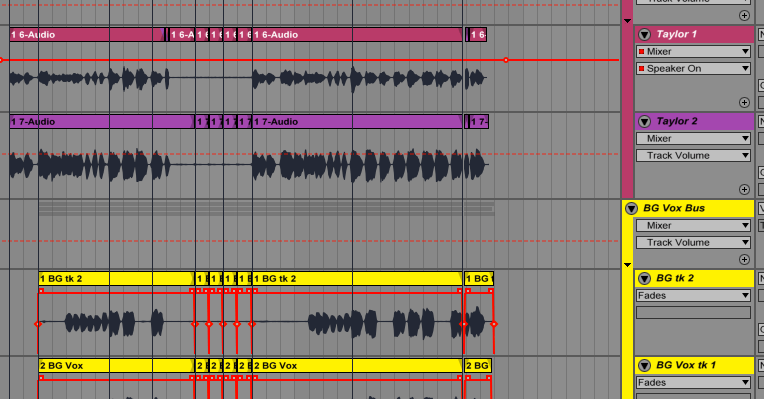 I've always liked classic rock and have a new found appreciation for how it's produced and mixed.

In this post I'm referring to the use of layers.

My older cousins Mike and Tony are purely rock fans - they never "got" the DJ stuff I do. To them it's all noise, lol.

As they say an "Apple doesn't fall far from the tree" so their kids dig Led Zeppelin and what not.

After seeing my cousin Taylor make a few appearances w her Dads cover band I asked if she wanted to collaborate so long story short she picked Fleetwood Mac's Dreams to so an interpretation of.

With rock layering is used a ton - especially on vocals and guitars.

We ended up with a total of 5 vocal tracks - 2 takes for the lead and 3 background vocal tracks.

That ear candy and airy sparkle we seek to add in our own productions really isn't anything new and is an age old way of adding interesting content to a mix.

Listen to Stevie Nicks vocals in the original version of "Dreams" - the song itself is a master lesson in simplicity and less is more.

But the various vocal parts all work together in complimentary ways to sound big and lush.

Have a watch of this in-depth video where I play you all of the parts where I used layering.  Lead vocals, back ground vocals, rhythm and lead guitar.  And yes all that guitar works in this cover - it's still very much house.

Also available for purchase on places like iTunes, Amazon, and Google Play