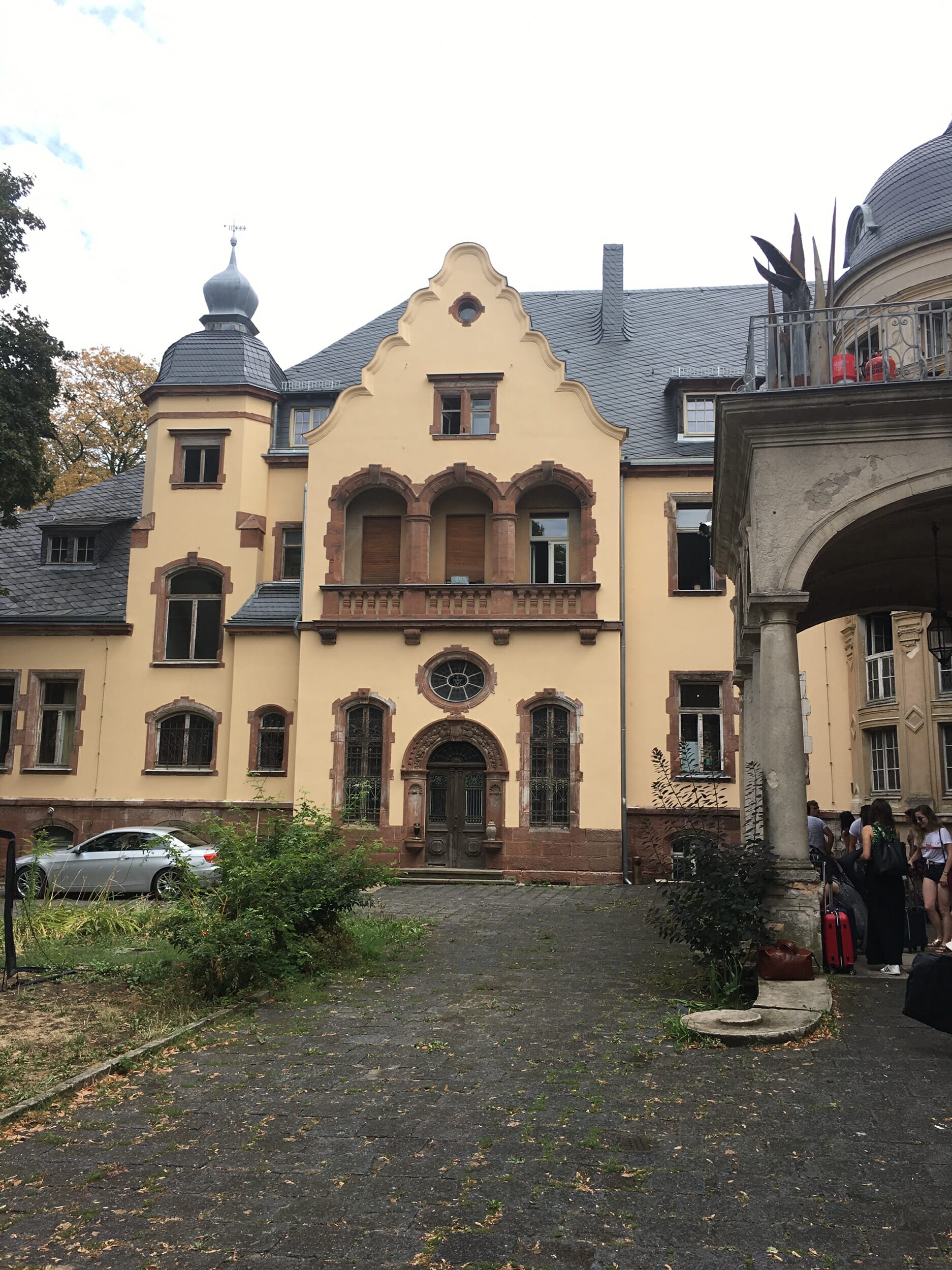 I know I've been a little quite. This past April I started a new 9-5 job and 2 weeks later had my 2nd kid.  So the company I work for is German, and they've sent me there 2 times now.  The first was mostly work, the most recent trip was mostly party.

I think smarter companies are realizing it's a better trip when employees can mix and mingle rather than spend too much time in meetings fighting off hangovers.

I knew this was going to be a good trip because I saw US House Maestro Todd Terry in the airport.  I travel out of Newark most of the time and saw who i thought was Todd sitting at CBGB. It was his signature backwards NY Yankee hat that made me realize it was him.

Todd was cool enough to chat for a few minutes, he was coming into Newark from Pacha Ibiza and off to Atlanta.

Anyhow I arrived in Berlin quite sleep deprived, rested in a hotel for a few and had to do some meetings and stuff from 2-6pm.  Then it was dinner.

The next day I was off "the Castle," rather Schloss Beesenstadt.

It's more of a manor than a castle and about 3 hours from Berlin.   Many of the popular Berlin clubs have held off site parties there.

It was beautiful, strange, creepy, crazy and cool this place.  I'm actually really happy they booked it because the local people have  a lot of pride in it and booking it helps fund renovations.

The place was once a military spot where horses were raised, another time an elite boarding school, probably at some point was run by communists as there was a big mural of Karl Marx.  At another time maybe some Free Masons did stuff there.  Was taken over by Nazis for a time, then used as a party place for East German Gov, and definitely spent some years in an abandoned state prior to being bought by a private owner after the fall of the Berlin wall.

So that's that. I have plenty of crazy pics of the place.

My employer is cool as fuck so they had various workshops to choose from.  Music production, grafitti, volleyball or just chilling by a local lake.

You know what I chose to do.

My employer also has it's on DJ on retainer, Mr. Marvin Hey a Sisyphos mainstay.  This year he brought in 2 DJ pals, his Ableton tutor Ingo and Ingo's girlfriend Diana May. (all great people).

I had found out some little details about the work outing and messaged our event planner about playing in a couple songs or something. I asked her to put me in touch w/ the DJs so I could work out technical details.

The first night was a gala dinner and masquerade ball/techno party (some top 40 was played too) and the next day was a DJ and production work shop.

Anyhow at the beginning of Day 1 when our awesome event planner was saying a few words to the whole company, she spoke about how her team of DJs had been there 2 days earlier setting up. She mentioned Diana who joins the team as the first girl DJ and then announced me as guest DJ from NYC.

I curtailed my drinking during dinner a lot as to not mess up my set.  I played from 1am to 4am in this sexy library turned techno room.

I totally rocked it and it was HOT.  Germany had an unusual hot spell and there was no Air Conditioning up in there.

Anyhow really good time, great crowd as many of my European colleagues are totally up for the music.  Not like fucking Americans - I love Americans but not too many where I'm from understand electronic music.

Maybe you can relate, but I learned a while back it's better to not even mention the whole DJ thing at work.  No body gets it.

"Oh u dj like parties and weddings and stuff" - Nope.

"Then you must scratch like wika wika"  - Nope not that either.

"Oh so then like EDM big David Guetta DJing (Puts hands in air)"  Not not like that either just forget I said this.

So that's how it went a couple jobs ago so I don't mention it at all unless I know they "get it" first.

Anyhow, my coworkers thing Berlin DJs are like the worlds finest - they had no idea I could totally hold my own w/ them.

I made the switch to Rekordbox 2 years ago.  I also have the XDJ-RX at home which makes walking up to CDJs quite easy.

Good thing for hot cues because sometimes equipment is a little shoddy. One deck had a cue button that didn't work. I usually drop cue point A on beat 1 so that was an easy work around.

I finally called it a day(night) at about 8am. The party went strong for a while.

The next day was DJ/production workshops and as honorary member of "Team DJ" I ended up teaching the DJ workshops which was fun.  Didn't mind goofing off w/ a Nexus set up for a few hours.

Was fun teaching others how it all works.  We let them try and mix without training wheels (the sync button)

If you're in the Berlin area Diana May gives lessons on the regular in addition to club/festival appearances.

Speaking of Berlin - you must be wondering if I made it to Berghain.

I did but didn't get in.

I got back to Berlin Saturday afternoon but had to be back to the hotel by 6am so I could be ready to leave at 7am.  That made Berghain a tough one and when I got to the place the long line made it a no go.  12am-4am are peak entrance times so my chances were basically zero.

What I should have done was gone to Watergate - but we decided it was Berghain or bust.  So I had a bust of a night.

What you should know about Berlin is that there are too many patrons and not enough venues.  What this means is that Berghain isn't the only club in town that will deny you entrance.  Getting in during peak night time hours can be annoying.

However from what I'm seeing there's so much nightlife activity that you can go out in the afternoon and have a blast with no stress of lines or getting rejected.  There's enough people to have fun but still room to have plenty of space.

Here's links to the fine people I met

Marvin Hey made it all possible https://www.residentadvisor.net/dj/marvinhey