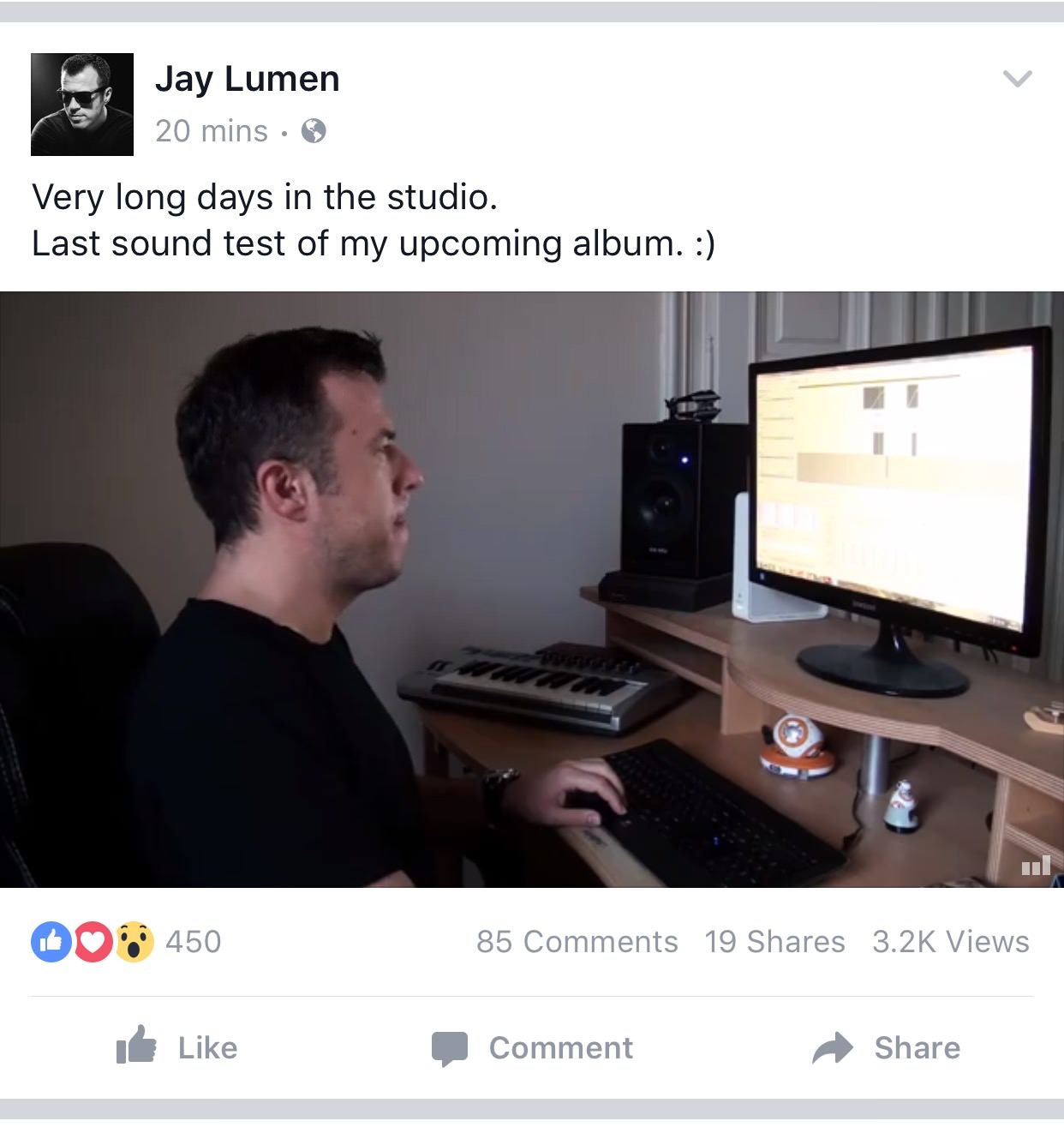 His tracks are amazing, his set up is simple AF.  And he uses Acid Loops which is an ancient program.  I'd love for someone to interview him about this because I'm curious how he does so much and has such big tracks with such a modest set up.

The Worst Advice For Those New to Making Techno/House

I see this a lot in forums.  Someone in the early stages is like "I'm new what should I do?"

And a common answer is to watch tons of tutorials.  There was a point in time where there was no internet and people just had to start tinkering and figuring stuff out.  Like just tray and do it. No instruction no nothing.

Not all tutorials are bad, I've seen some good ones and paid for others.  My main issue with tutorials is that its easy to go tutorial-ing away down a rabbit hole watching video after video of random techniques.

Any sort of school or professional course has a natural sequence and flow to it.  You know 101, 202, 303 and with free online tutorials there's nothing stopping a beginner from watching advanced stuff they are not ready for yet.

Also there's no quality control. Anyone can upload a video online.

And lastly, most videos just talk about tactics and techniques.  Stuff that's nice to know, may help your workflow a little but at the end of the day they won't make or break your track, won't help you finish a track, and won't help you make your own music sound original and unique.

I know this stuff is interesting to talk about and watch.  It makes the user feel kinda good and productive for watching and it's easy for the creators to make it.  So that's sort of a vicious cycle.

If you truly want to make your own tracks that stand out, forget about free tutorials.  The only free ones you should watch are free versions of paid tutorials in order to try before you buy.  People value what they pay for.  When you pay for something be it software, a premium tutorial, or sample pack you're saying to yourself, I'm plunking down say $30 and I'm going to get the most out of this."

You're also limiting your choices which is huge in this digital world which seems infinite.

People who mindlessly flitter from one free thing to the next seldom finish anything and if they do I doubt it's good.  You don't need a library of 400 tutorials, every sample pack known to man, and a library of thousands of plugins.  The opposite is someone who pays for a handful of tutorials, packs and VSTs.  This person commits to learning things and getting the most out of what they purchased.  They've limited there choices for plugins - they know how to use native plugins and know why they bought a 3rd party one and how to use it.  One only needs a handful of tools for the job.

What you need in the early stages is to learn how to get kick, bass, and drum sounds that fit your genre working together nicely.  This doesn't mean you need to create them, you can do this with 1 quality sample pack.

Layer the kicks if needed and find a bass part that works. This could mean finding a sample and chopping it to your liking.

Way easier said than done of course.  And then you'll need to learn how to process the kick and bass part to glue them together and give the low end extra punch and thickness as needed.

The kick and bass is the foundation of a track and the hardest thing to nail down - you'll also want to be sure your low end sounds translates well from your set up/studio to the car and other sets of speakers.

Working on your low end never ends - however getting the basics right is the first step towards completing your first track.

If you're a beginner this is your starting point - this is the thing to focus on.

I'm going to take a guess and say that the number one thing that holds people back with their music is that the don't continue at it because they don't "feel like it."  Maybe that's mood, energy or time, but you can still move forward if you want to.

Though music is a very creative thing, you won't be or feel creative all the time.  So just because you're "not feeling it" doesn't mean you should do nothing (although sometimes a short break is necessary).

Yes, it can definitely seem daunting to look at a blank screen and expect music to come out, after a long day at work at a job you may or may not like.  So don't do that.  Don't sit there in front of your computer "trying to make music."

There's tons of things you can do to progress.

Make some samples.  If you have some vinyl and a turntable this is a rather thoughtless.  The most thinking you'll do is choosing a record to sample.  And that's it.  Just start recording some vinyl samples - you can organize them later. Have fun with this for now.

If you don't have a turntable, chop slices out of your favorite tracks. Do not be sampling from YouTube, I assume people here are not bottom feeders who pirate music.  Make samples from your own digital library then.

You could learn how to program a synth.

You could watch a tutorial on mixing, EQ, or compression.

Learn some music theory, some theory, it's not necessary to learn all the scales and chords in all  keys.  Pick one scale and learn the notes and chords.

A Minor is used a lot and it's all the white keys, no sharps and flats.

You could dissect a track and study the arrangement.  This will require some mental muscle, but it's worth it.  Listen to one of your favorite tracks, dissect each 16 bar section.  What's happening in the low end, what is the intro like, what sound effects are used.  Be very detailed.  Jot it down on paper, even better if you make a template with dummy midi-clips in your DAW.

There's are all nice things many of which are not terribly hard.

Lastly if you're not feeling creative then work on finishing.  Finishing is a different mindset than creating.  Give yourself a deadline and do it.

If you have your 8 bar idea or loop that sounds "hot," then pick one thing to do that will take it towards being a complete song - work on arranging it and nothing else.

No mix tweaks, no adding parts, no automation.  Just arrange it how you like.

One of the best things you can do is work in 25 minute short bursts.  Set a timer, or get a kitchen timer.

This is a great habit - focusing your attention on 1 thing for 25 minutes.

Think of production like exercise.  You won't always feel like doing it, but you must do it anyway if you want the end results. And like exercise rest days and taking a week off here or there is very important.

Feedback is important but take it with a grain of salt

Feedback is super important whether it's your own DJ mixes, remixes, or tracks.  One of the best things you can do is give your project the car test, or listen to it later on with a critical ear on headphones or someplace other than where you created it.

If it's something you still feel good about then post it online for others to listen to.  You can simply just post it, or you can post it and ask for feedback.

And this is where it gets tricky.

You may get good feedback or you might get overly critical non-sense from people who aren't even on the level you are.  Then there's those who can't give objective feedback because they only see through their own viewpoint.

Some things to consider.

When you're submitting demos remember that the people who may give you feedback such as your friends or people on Reddit and forums are NOT the people in A&R at the label.  In the end feedback from your target audience is all that matters.

So using sending a demo as an example, don't ask random people, "What do you think of my latest track?" This will just open you up to receiving a bunch of mostly worthless opinions.  Instead, ask people who like the same kind of music as you do, "Do you think my latest track fits the sound of ______label?"

When you ask better questions and also target a specific group you're far more likely to get useful feedback.

And even then take that feedback with a grain of salt because those people are not the decision makers - the ones who can say yes or no to signing your track, remix, or guest mix.

I asked someone very close to Victor Calderone about my remix submission last year.  She's also in the biz and knows music.  She didn't think I did enough to put my own stamp on it.  I could have let this put me into a tail spin of changing things back and forth and likely wouldn't have won.  But I liked what I did and wasn't going to get paralyzed by feedback.

Also another producer friend liked it but didn't give it 2 thumbs up.  So until you really have someone's ears you trust - don't get hung up on what outsiders say. They may have valid points but they aren't the decision makers.  They can say no, they can say they don't like it, it's not a good idea...they can tell you all these things some good, some bad.  But in the end they can't say yes.