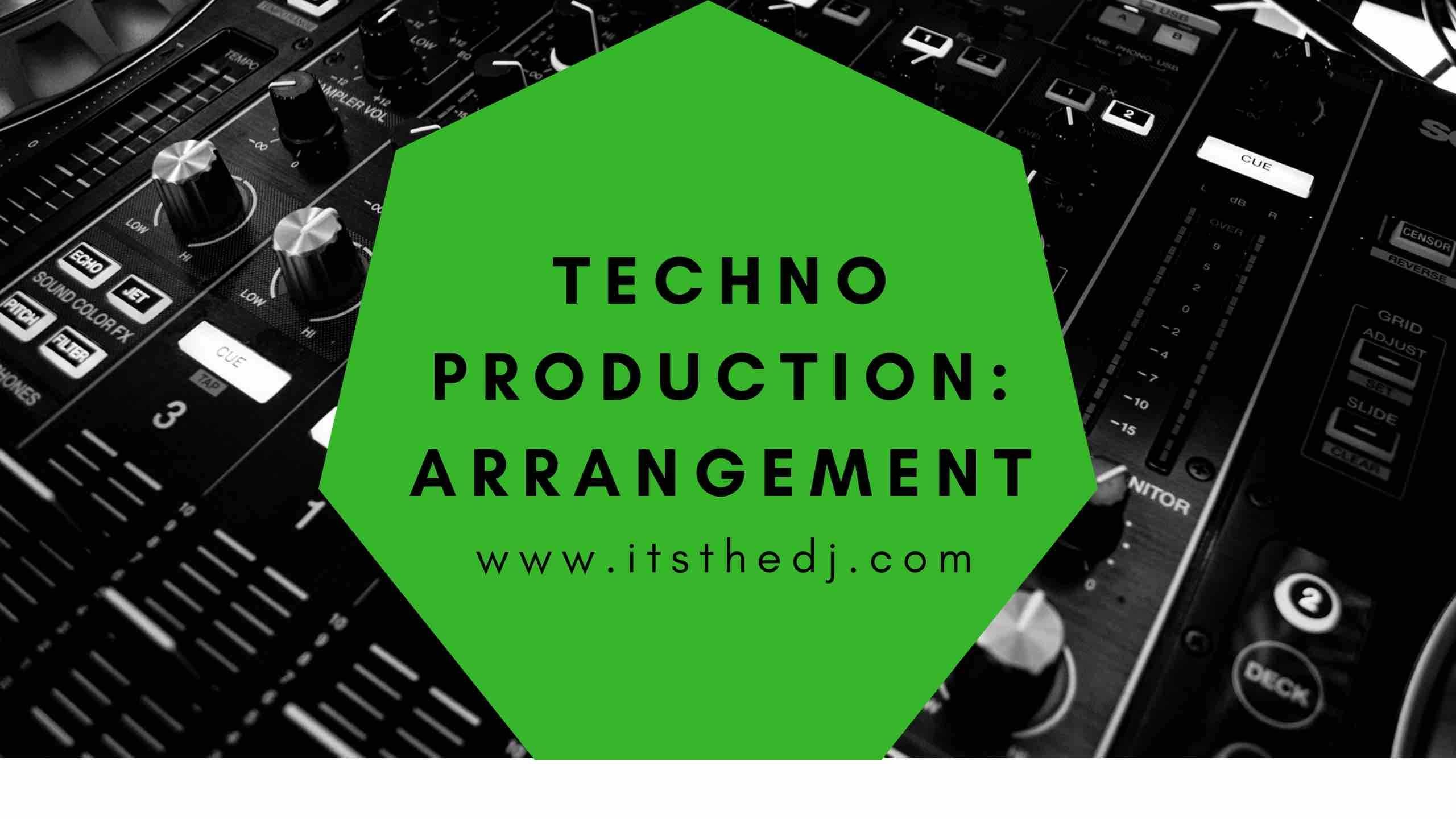 Techno Production: An Easy Way to Think About Arrangement or Song Structure

There are certainly sections within each but if we keep it high level this means you have about 2 minutes or so for each main section.

The intro kicks things off, the middle section is where you have your main element or hook. There will likely be a breakdown and drop and finally the conclusion wraps things up. The conclusion can be the same or a slight variation of the intro.  Don't need to re-invent the wheel when it comes to your tracks conclusion.

If you can develop a solid sounding 8-16 bar loop you can easily turn this into a whole song.

Watch and follow along as I break this down in the video.

This entire Ableton Template is available for purchase at the link.

This video is kind of a track review but also advice to newer producers. Anyone in a new endeavor who's willing to work has the opportunity to make big gains during the early phases.

Gains take longer as you get to intermediate and more advanced stages.

I don't run much but if I work at it I can run a mile in 8 minutes. It's quite easy for me to run for a couple weeks and move my time down from 9 minutes towards 8. But going to 7:30 - that's not as easy.

It's similar to production.

Those newer to production have the opportunity to make a lot of gains in their first 6-12 months. That is if they are willing to work on the right things and not get distracted by all the noise and fluff.

This new student wrote in with a question about an idea - mainly if the levels of his kick and bass are OK.

I love the low end action in this track, the level of the bass is a bit too loud but nothing a little movement of the fader can't work out.

Sure some compression and enhancements can be done but it's too early for that.

For now, my advice to Conor and others at this stage is to work on structure as much as they work on making ideas.

Better to be able to make a decent full track using mainly samples and a little of your own programming/synth work than to make loops that sound great but never get finished.

He has a rather long nearly 6 minute idea, there's no breaks and it's all rather similar in energy levels.

Some ride/cymbal patters are introduced which is good...and do roll off low end that's not needed for tracks like rides as well as supporting percussion, but no when to use these parts in your track.

Learn when and where you should place cymbals and percussion, then go back and add riffs/catchy melodic elements where it makes sense.

All these tracks have 3 main components. A beginning, middle, and ending section.

Use the first 2 minutes to build things up, have a short break, begin middle section, break, ending section. At a macro level this is the gist of a track. Sure there are other more micro moments and little details, but it's better to nail the big picture before getting into the weeds.


Get the details on my course here - 20 videos over 4 sections, 5 hours of content, lots of cool bonuses.

It will get you no where.

It will bring you debt and wasted months and years.

What does this have to do with production?

Wanna produce? sign up for this "certificate" program that costs thousands.  Because certificates sound proper and official but in reality it's 2 cent paper.

Production is like skateboarding.  Skateboards don't cost that much.  But what the skater does with it is what makes all the difference.  You don't need a silly certificate to skateboard.

The costs of production are a lot lower these days in-terms of gear and software.

But there's an abundance of content (tutorials, blogs, samples)

So while costs to produce are lower, the overload factor is HIGHER.

Or maybe you shell out big bucks for instruction.

Playing by the rules is very taxing on resources (time/money)

If you wanna get fit and play by the rules you "load up" on low cost/free calories like carbs.

You also do easy low risk stuff like "jogging/walking" or shell out big bucks for fancy over priced personal training - where most trainer are better at sales than delivering good programs.

This shit doesn't work, it's a hamster wheel.

Barbell lifting compared to jogging takes the same amount of time, doesn't cost much more, but the risk factor is far greater than mindless treadmill walking.

The stress is greater, but where there is risk there's also reward.

Where there is stress, there's opportunity for growth.

The same applies to production.

A lot of people "think they are producing" but there's really just doing mindelss treadmill walking.

Learning tips and tricks here and there, but very little music finished.  Lots of generic, formulaic tactics.  Little to no emphasis on foundational strategy.

The end user doesn't benefit from the "wanna-producer hamster wheel"

You know who benefits from this?

Tutorial makers who make money from YouTube ad revenue, who like having eyeballs on their sites so they get fancy gear they can be the first to review.

Makers of software who wanna sell you yet another plugin.

If you play by the rules, you end up being more of a docile consumer of content

and not a producer of music.

Ready to flick the finger to all this noise and walk away?

Because I'm never one to just "follow the rules" I like to play the game to win.

This never helped me in school and on the job.

Cuz school teaches you to follow the rules and most jobs hire people who can follow rules.

But breaking away from the rules and challenging conventional wisdom never failed me with making music.  Same for fitness, which is why I made the analogy above.

If you've been a sucker playing by the rules, it's OK. I been there and done that too.

But if you're ready to move on and be a Rebel stay tuned.

Secrets of the Rebel Producer is coming soon.